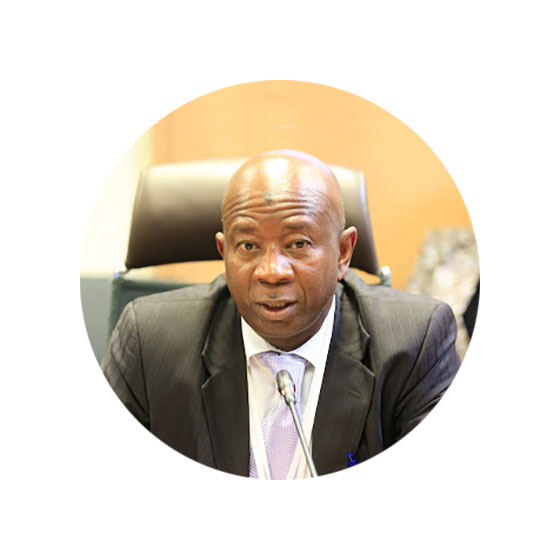 Until his appointment with ECREEE in 2010, Mr. Saho served as the Director of Energy in the Gambia from December 2000. In the Gambia, he was responsible for the overall […]

Until his appointment with ECREEE in 2010, Mr. Saho served as the Director of Energy in the Gambia from December 2000. In the Gambia, he was responsible for the overall national energy policy planning, formulation and implementation of programmes and projects, including renewable energy and energy efficiency. Some of Mr. Saho’s accomplishments include development of a National Energy Policy (NEP 2005) document, formulation and enactment of Electricity Act, drafting of petroleum legislation, establishment of a framework condition for funding for renewable energy legislation and elaboration of a Household Energy Strategy document.

In ECREEE, Mr. Saho served as a Program Officer for Renewable Energy from May 2010 to June 2016, when he was appointed Principal Program Officer – Renewable Energy. He oversees the ECOWAS Renewable Energy Program and specifically responsible for the Bioenergy Program. Tremendous improvements have been achieved in the development of this sector during his tenure as PPO – RE including the adoption of ECOWAS Renewable Energy and Bioenergy Policies to advance the uptake of sustainable energy technologies and services for improving energy access. He is the Lead Investigator (or Coordinator) of the BiocharPlus Project at ECREEE, and at the forefront of the establishment of the Africa Biochar Partnership. He currently serves as the interim Coordinator of the Africa Biochar Partnership.

From May 1, 2020 Mr. Saho has been appointed as the Acting Executive Director of ECREEE. He holds a master’s degree (M.Sc.) in Renewable Energy and the Environment.