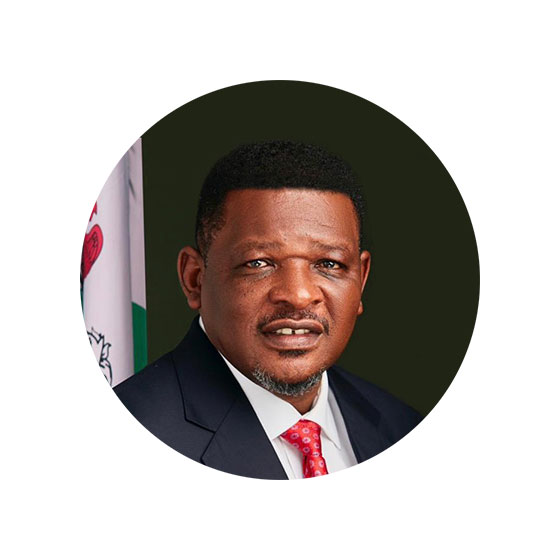 Federal Ministry of Power of Nigeria

Goddy Jedy Agba, OFR, is a Bureaucrat, Politician, Farmer and Author. He was born into the family of HRH Uti J.D. Agba, paramount ruler of Obudu, Cross River State, and the Late Mrs Gertrude Amokeye Agba.

He subsequently transferred his services from the mainstream civil service to Nigerian National Petroleum Corporation (NNPC), where he rose to the position of Group General Manager (Crude Oil Marketing Division).

An innovative and astute civil servant, he was rewarded for his dedication to service and was conferred with the National Honour of Officer of the Order of the Federal Republic (OFR) in September 2012, in recognition of distinguished public service.

He voluntarily retired from public service in 2014 to join Nigerian politics and pay more attention to his passion for farming.

He was appointed as Minister of State, Power of the Federal Republic of Nigeria by President Muhammadu Buhari, GCFR in 2019.